Report: Welly-moot #3.4 - All about Dain Ironfoot

Our meeting on August 31st was a very active one, and full of passion. In all, eight people turned up, and we all took active roles in the discussion; the history of Dain Ironfoot. In attendance were Alex and Jack, Cinnamon and Ash, Sinead and Luke, Miranda, and Wayne.


As usual we started with Jack opening the meeting, and some general updates. First, some news about the Rivendell Archway in Kaitoke Park showing the recent photos. It looks quite beautiful and is nearing completion. The official opening is planned to be on October 11th, which is also the 15th anniversary of Day 1 of filming of LOTR. Hopefully Welly-moot will be invited. 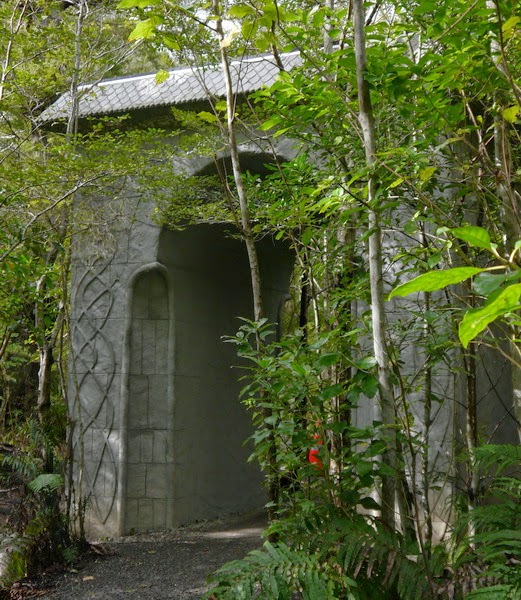 The current hot topic is Peter Jackson's new Biggest Hobbit Fan Contest, and some of the Welly-mooters have applied already. Of course, of any of us win, we won't need to be flown to Wellington!


Cinnamon showed off a new keyring with the key of Erebor. It looked pretty cool. We talked about collections and different kinds of "collectors". Some display everything on shelves (like Jack), while others don’t open their items but keep them in the original boxes and just keep them for their own happiness (like Ash). Some do both.


The main activity was Dain Ironfoot aka Dain II. Most of us did some homework and we had active discussion about this mysterious Dwarf Warrior.  Cinnamon brought her reference book The Complete Guide To Middle-earth (by Robert Foster), and read the section on Dain II. This set up some general information about him, and we started bringing any additional background.

Jack brought a couple of Tolkien books as well - The Return of the King, The Hobbit, and The Unfinished Tales - and also added a family tree taken from the excellent LOTR Project site by Emil Johansson. If you haven't checked out this site, you're missing out. Our gratitude to Emil for creating this amazing reference site!

An unexpected controversy, and a highlight discussion of the afternoon was "What are the Five Armies?". Obviously, the first four are Human, Elves, Dwarves, and Goblins, but what of the fifth???? Wargs?  Sinead and Miranda suggested that it might be Eagles. It is possible. Cinnamon checked her book and it says the fifth one is Eagles. However some of us were not totally convinced. Maybe Orcs? Jack checked The Hobbit, and found that Goblins and Orcs are same kind of creature.


"[...] Orc is not an English word. It occurs in one or two places but is usually translated goblin (or hobgoblin for the larger kind) [...]" - The Hobbit (prologue), JRR Tolkien


Alex suggested that maybe it was Beorn. Did he came with some other bears? Wayne checked his beautiful two-part Hobbit book and found the Beorn’s entrance at the battle, “In that last hour Beorn himself had appeared – no one knew how or from where. He came alone.”


The discussion moved on to the actor who will play Dain, Billy Connery. Ash used his iPad, and read out an interview with Connoly. Apparently Billy has never read the Hobbit or Lord of the Rings and he thinks people who read them are weird. :)

Here is a Yoube link to a similar interview from him. Be warned - it goes slightly NSFW after a while, but given that it's Billy Connoly, that's not too surprising.


After wrapping up the discussion, we moved on to some other business. Jack has been working in the background about a new feature for the Welly-moot, an email-list. We agreed that a mailing list will be useful and easy to receive timely notification of updates on the Welly-moot website. When the work is completed, Jack will send a single email to all past and present Welly-mooters - please REPLY to that if you want to be on the Welly-moot mailing list. New Zealand has very strict anti-spam laws (gladly!), so we have to have an opt-in list rather than an opt-out one.

The Hobbit 3 is coming in three months, so we are expecting more information about any events in Wellington, and we are trying to organise a Hobbit movie marathon at Roxy in December. We will keep everyone informed on this website if there is any update.

Next Welly-moot 3.5 meeting is October. We are thinking of having it at the Rivendell site in the Kaitoke forest. The area has been updated with some new poles, paved paths, new signs, and of course the new Archway. Let’s explore Rivendell!


Also Jack will take a Hobbit location tour of Trollshaw's Forest in Piopio (near Waitomo), as well as the new night tour at Matamata's Hobbiton including dinner at Green Dragon. He will report them with photos at next meeting in October!