Royd Tolkien's event at the Roxy Cinema last night was a great fun evening, with some very exciting auctioneering from Jed Brophy as well. The Roxy had put out a delicious spread of hors d'oeuvres, which were excellent as always.

The first part of the evening was basically a meet-and-greet with Royd and Jed, as well as with Wellingtonians Peter Hambleton (aka Gloin!), and prolific stuntman/suit actor Shane Rangi. Some speeches followed, where Beth Watson from MND NZ spoke about the disease, and Royd spoke about his brother Mike, and the challenge of his bucket list. The sobering speeches put the evening back into perspective.

The auction began halfway through the evening, with the non-Hobbit/LOTR items. The crowd was pretty intent on spending money on this very deserving charity - the money will go to the support of people suffering from Motor Neurone Disease (aka ALS disease). Some very good prices were reached for the items. One of them, a gorgeous giclee print by Rieko Woodford-Robinson titled "Deep In The Woods" went for around the $1000 mark, much to the delight of Rieko herself.

Also under the hammer went a lovely bottle of wine, the last one made by Stefano Guidi, chief winemaker at Heron's Flight, before he was diagnosed with MND in May last year.

Three prints by Weta's artist Gino Acevedo were up next, and one of them was snapped up by Troy, who I had the pleasure to take on a tour to the Paths of the Dead a few weeks ago (aka, the Putangirua Pinnacles). Troy is travelling around New Zealand for a year, taking in as many LOTR locations as possible, so he was enjoying the evening especially!

The LOTR Tour for two people that my employer Rover Tours Group had sponsored went well - I didn't get to meet the lucky winner of that one, but I suspect I will soon.

Everybody seemed hungry for the big prize of the evening - the Orc Mask, which was not only worn by Royd Tolkien, but was molded from Shane Rangi's head. The bidding was fast and furious, especially since we knew there were some quite high overseas absentee bids already on the table. Sorry Kylie, it wasn't to be - the mask ended up going to Tom, from Weta Cave. He's pretty much changed his life around a number of times, just to live in Wellington, and is definitely one of the biggest LOTR fans I know, of both the movies and the books. I think he may be broke for some time though - the look on his face when he put in his final bid spoke volumes.

Well done, Tom, and everyone else who was successful (I wasn't!), and to all those who missed out; better luck next time!


A big thank you goes out to Royd Tolkien, to his brother Mike Baker who spurred Royd on to complete this mission, to the organisers of the event, the people at MND (NZ), the good folk at Roxy, Weta, and the other sponsors. Last but not least, to the overseas bidders who certainly helped get those bids high - you may not have won your items but you helped all the same!

I've received more details about the Royd Tolkien charity event at the Roxy next week. The charity auction, run by Jed Brophy, will include some fabulous items that may never be offered for sale again.

For the overseas fans: I may be able to accept absentee bids on your behalf, but let me know well in advance, so I can arrange the necessary paperwork etc. Email me on jack@welly-moot.com if you're interested. As soon as possible please - time is of the essence, and tickets are limited!


Estimated value: priceless. I honestly have no idea how much this would go for; I've never seen one go on sale before (in 17 years!). 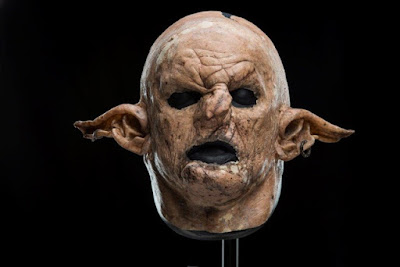 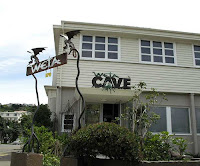 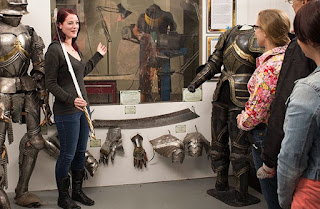 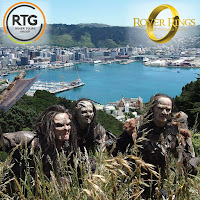 
Weta Workshop, Rover Tours Group, and Sir Peter Jackson have all really come to this party, in aid of the Motor Neurone Disease NZ charity. It's a worthy cause, so let's do this. All in all it promises to be quite the evening. Get your tickets soon please - they need to know how much wine to get for the evening. If you can't attend, but would like a shot at the auction items, contact me, at jack@welly-moot.com !

For more details about the event, check our earlier post:

For tickets ($75) or sponsorship, please email Jodie at jodieattard@hotmail.com